Quick rules enquiry everyone: are we allowed to refer to David Cameron's silver spoon with diamond inserts background yet ? 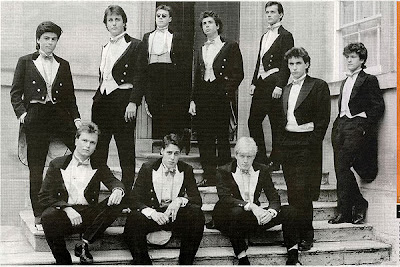 Hey, I'm not making a class war point here, I'm just pointing out that it's kind of a stretch for Cameron to try and cast himself as the champion of those left on the kerb by modern politics (i.e. everyone outside a five square mile radius of Westminster). Few people more perfectly exemplify the phrase 'insider'.

But wait... I hear a wimpering from the Tories. Yep, they think it's unfair to point out that Cameron is an Eton and Oxbridge educated aristocrat with a legacy not adjacent to thirty million parked in the bank despite never having a real job. Well, OK, let's just look at what the Robin Hood of politics has done since being elected.

Take the Tory A-list. Candidates with genuine commitments to conservatism were discarded in favour of a boat load of sleazy opportunists whose sole qualification was their skill at playing the victim card. Now why would anyone be cynical about this sort of thing ?

Fortunately, it turns out that even Cameron doesn't take himself seriously. Barely had the gasps of incredulity from his latest speech died away than we had this.

Yep, a Tory goes into hospital and tells the truth about what he saw, and Mr Integrity is first in line for the lynch mob. No questioning the quality of the state tractor factories allowed (well, either that, or he's scandalised by the thought of a Tory in Parliament who uses the NHS).

Apparently, in the Cult of Dave politicians are only allowed to speak out providing they don't mention any actual issues. Mentioning unpleasant facts is a hanging offence. Everything is cute and wonderful, well, except for those pesky proles and their mysterious disengagement from politics.
Posted by DJ at 3/02/2008 10:14:00 pm
Labels: Tories