This is getting a lot of play in the blogosphere, and deservedly so. Mind you, I suppose it's about what could be expected from folks who pull out a Bill Shatner death scene everytime someone lights up within half a mile of them. Still, it did set me thinking: suppose libs did treat terrorism and Islamofascism the same.

The papers would be full of ninety year-olds who smoke eighty a day. There'd be splash-coverage every time a non-smoker gets lung cancer, with liberals telling us this proved asbestos was the real danger. Every report on fags would point out that the majority of the components are actually harmless.

Meanwhile, if an Infidel driver crashed into another Infidel, causing him to run over a Muslim passer-by, it would be recorded as an Islamically-related death. Ditto, any deaths via bombings, decapitations, shootings or other mode of mayhem commonly employed by Islamofascists would also qualify as 'Islamically-related' whether or not anyone involved was that way inclined. Meanwhile, scientists would warn of a connection between Islam and infectious disease after showing a difference between malaria rates in Pakistan and Norway.

But, best of all, libs would be forced to tell the truth: 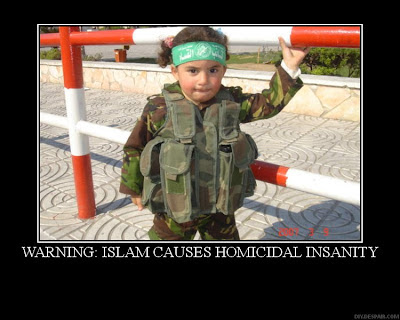