Do They Have An Entry For Self-Parody ?

In a bizarre Liberal version of the song about the old woman who swallowed a fly, they've now deleted not only Charlene Downes Wikipedia entry, but even the discussion about deleting it . The message about deleting the discussion is still there, but it can only be a matter of time (fortunately, the Happy Rampager has posted the key parts in the comments to the original post).

Incidentally, the discussion about the deletion was removed, so they say, at the request of the family. Ah yes - what most bereaved families want most of all is their loved ones given the Unperson treatment. Well, either that or Liberals are liars as well as frauds.

Also deleted, funnily enough, entries for Gavin Hopley, Mary Ann Leneghan and Richard Whelan. Hmmmm... must be something that links these cases, but what can it be ? Let's see if there are any clues in the - still extant - 'deletion discussions'. First, Gavin Hopley:

Tis is a news story masquerading as a biography, with the clear intent of promoting a racist political party's agenda. Guy (Help!) 20:00, 2 June 2007 (UTC)

Delete The very fact that it has been ignored by the national media shows it isn't suitable for inclusion. Wikipedia is not for righting perceived wrongs, or a soapbox for the BNP. One Night In Hackney303 19:19, 3 June 2007 (UTC)

Another one. Poor child was raped and murdered - do we need to record it. Newsworthy, yes. Encyclopedic, no. We have too many of these British child muder victims - and many seem to be chosen for their possible racial dynamic. I don't want to imply anything, but.... -Docg 14:09, 6 June 2007 (UTC)

# Kill this article. Appearing in the papers doesn not make an incident worthy of inclusion in an encyclopedia. Unless the crime is particularly notorious, or has a long-lasting effect such as leading to the creation of a new law, it does not belong in wikipedia Lurker 15:18, 6 June 2007 (UTC)

What about Richard Whelan ?

Another murder victim. Newsworthy - yes. Encyclopedic - no. We seem to have had quite a lot of these all seeming to highlight alleged evidence of race-crime in the Britain. Please delete this per the others. -Docg 10:19, 6 June 2007 (UTC)

So, let's check the scorecard here: these cases are completely unremarkable, except that they're also the centre of a dark campaign by the Far-Right, the Ultra-Right or, quite possibly, the Dude!-We're-Totally-Right. Meanwhile, over the space of five days, a whole bunch of totally unconnected individuals posted the same two, contradictory, points - and that's without considering the number of them who turn up twice. There might be an agenda being pushed here, but it's not coming from the right. 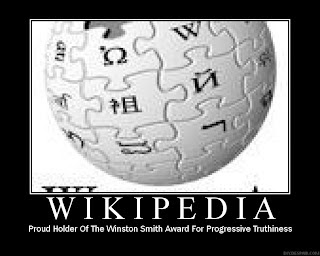